All Coseppi Kitchen recipes are vegetarian. We’ve also tagged recipes as “gluten-free” and “vegan” when applicable. 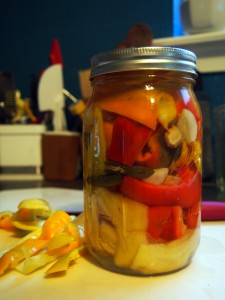 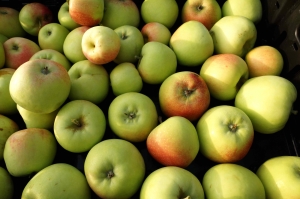 Like the holidays, this is a recipe that just keeps on giving.

An old fashioned is a really simple classic cocktail of sweetened bourbon with orange and maraschino cherry garnish. This recipe uses cranberry simple syrup in place of granulated sugar to bring out the holiday flavors and adds some orange juice for some added winter time  vitamin C. 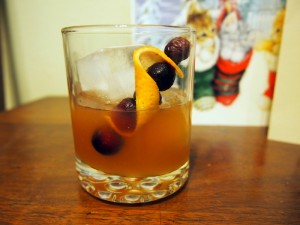 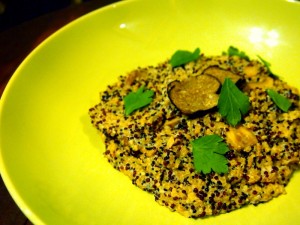 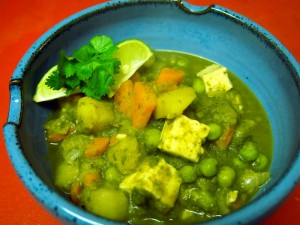 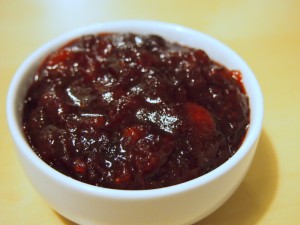 We enjoyed a vegetarian poutine in Montreal a couple of years ago, but a vegan version? We had fun creating  these vegan “cheese” curds and a recipe that is a delicious and relatively healthy take on the Canadian classic dish of french fries and gravy. 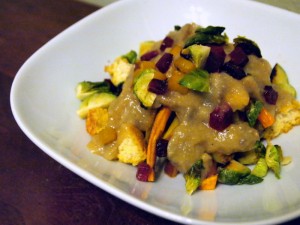 Note: I also like to garnish with additional roasted vegetables and fresh peppers. It adds some texture and color making it a more complete meal.