On Saturday night we attended a beer tasting party at a friend’s house. Everyone attending the party brought two 20 ounce bottles of a favorite craft beer to share and everyone was able to sample and document beers they may not have tried before. These are a great way to get together, drink beer, and pretend that the beer drinking is part of a scientific process. For us, it is a great way to drink with friends and test new recipes. 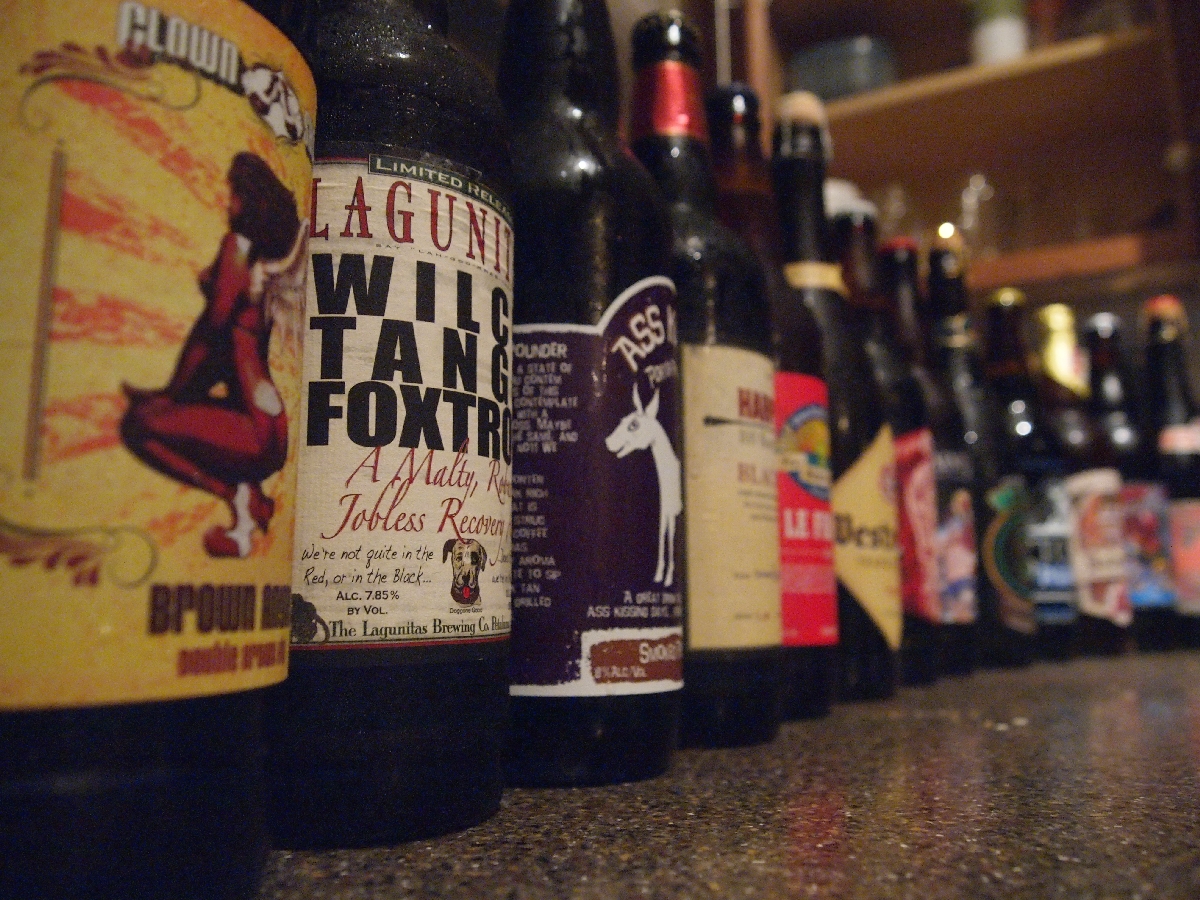 At this gathering we debuted Quick Radish & Cipilloni Pickles, Tomato and Feta Crostini, and Black Bean Toquitos with Mango Avocado Salsa and Smoky Black Bean Dip. Pickles have become popular on small plate menus in bars around Austin and we found that this recipe paired well with the Westmalle Belgian Triple (Trappist Belgian Tripel),  Clown Shoes Brewery Brown Angel (American Brown Ale), and Harpoon 100 Barrel Series (Black IPA). Tomato and Feta Crostini are really savory and flavorful which we enjoyed with rich malty beers like Lagunitas Wilco Tango Foxtrot (American Strong Ale), Left Hand Brewery Wake Up Dead (Imperial Stout), and Unibroue Terrible (Belgian Strong Dark Ale). The toquitos and salsa were the most versatile appetizer and most stereotypical drinking grub. They went well with the Ass Kisser Porter Pounder (Smoked Porter), Saint Arnold Endeavor (Double IPA), and of course the Bud Light we dipped into once the craft brews were out. All in all it was a great night to expand our beer palates and debut some delicious new apps.